Trojan-Mek is pleased to congratulate James Giddings and Sion Cunniff on being crowned champions of the 2018 MRF ST Trophy Challenge, following their success at the recent Trackrod Rally Yorkshire.

James and Sion have led the championship since the 2nd round, but another class win on the last round, the Woodpecker Rally, boosted their chances so much that finishing 3rd place or higher on the final round would see them take the winning title.

I would like to thank my sponsors Fordpad Ltd, SAR Recycling and Trojan-Mek Limited for all of their support and dedication throughout the whole year! Without them I would never have had the chance to compete in this championship and prove that we can win!

I would also like to say thanks to all of the title sponsors, especially MRF tyres for their support on and off events throughout the season.”

As a result of winning the championship, James and Sion have been given the excellent opportunity of stepping up a level and driving a Fiesta R2 car for the following season.

Trojan-Mek now looks forward to continuing to support James and Sion into their next season and wish them every success. 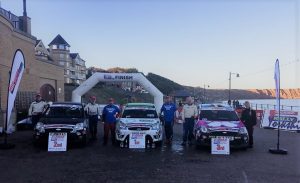 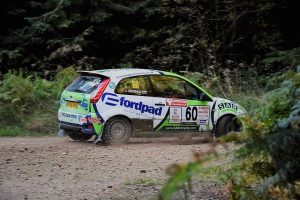